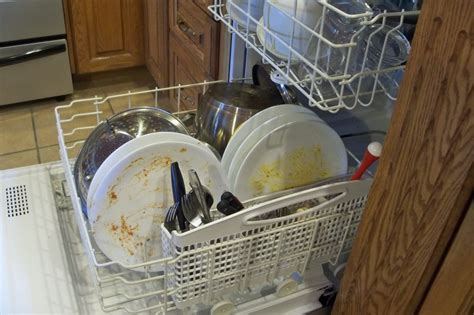 As WEBMD reports — Your dishwasher may get those plates spotless, but it is also probably teeming with bacteria and fungus, a new study suggests.

Microbes — from bacteria to viruses to fungi — are everywhere, including within and on the human body. So it’s no surprise, the researchers said, that a kitchen appliance would be hosting them.

So do people need to worry about getting sick from their dishwashers? No, said Erica Hartmann, an assistant professor at Northwestern University who was not involved with the study.

“The risk is probably in the realm of a shark attack,” she said. That is, most people face little to no risk, but there are select groups who may be at higher risk — in this case, people with conditions that weaken their immune defenses.

Dishwashers are an interesting case when it comes to microbes because they are actually an “extreme” habitat, Hartmann explained

“People don’t think of them that way. It’s just your dishwasher. But it really is an extreme environment,” said Hartmann, who studies the microbiology of the indoor environment.

The new study looked at which bacteria and fungi are actually dwelling there, and what factors seem to influence that microbial makeup.