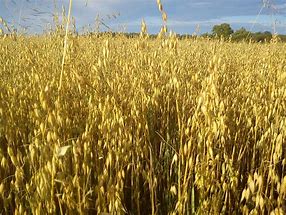 In New Round of Tests, Monsanto’s Glyphosate Found in Oats

The latest from EWG by Olga Naidenko, Ph.D., senior science advisor, and Alexis Temkin, Ph.D., Toxicologist lists the Oat cereals that have high levels of glyphosate. Here's the details:

"Major food companies like General Mills continue to sell popular children’s breakfast cereals and other foods contaminated with troubling levels of glyphosate, the cancer-causing ingredient in the herbicide Roundup. The weedkiller, produced by Bayer-Monsanto, was detected in all 21 oat-based cereal and snack products sampled in a new round of testing commissioned by the Environmental Working Group. All but four products contained levels of glyphosate higher than what EWG scientists consider protective for children’s health with a sufficient margin of safety.

"The new tests confirm and amplify EWG’s findings from tests in July and October of last year, with levels of glyphosate consistently above EWG’s children’s health benchmark. The two highest levels of glyphosate were found in Honey Nut Cheerios Medley Crunch, with 833 parts per billion, or ppb, and Cheerios, with 729 ppb. The EWG children’s health benchmark is 160 ppb."

The primary breakfast cereals of concern are General Mills and Nature Valley, including oat bars.

Of course, avoiding foods contaminated with glyphosate and other harmful preservatives, etc., if paramount for health. So is, including Apex Health's products such as Aloe Apex and GFM.